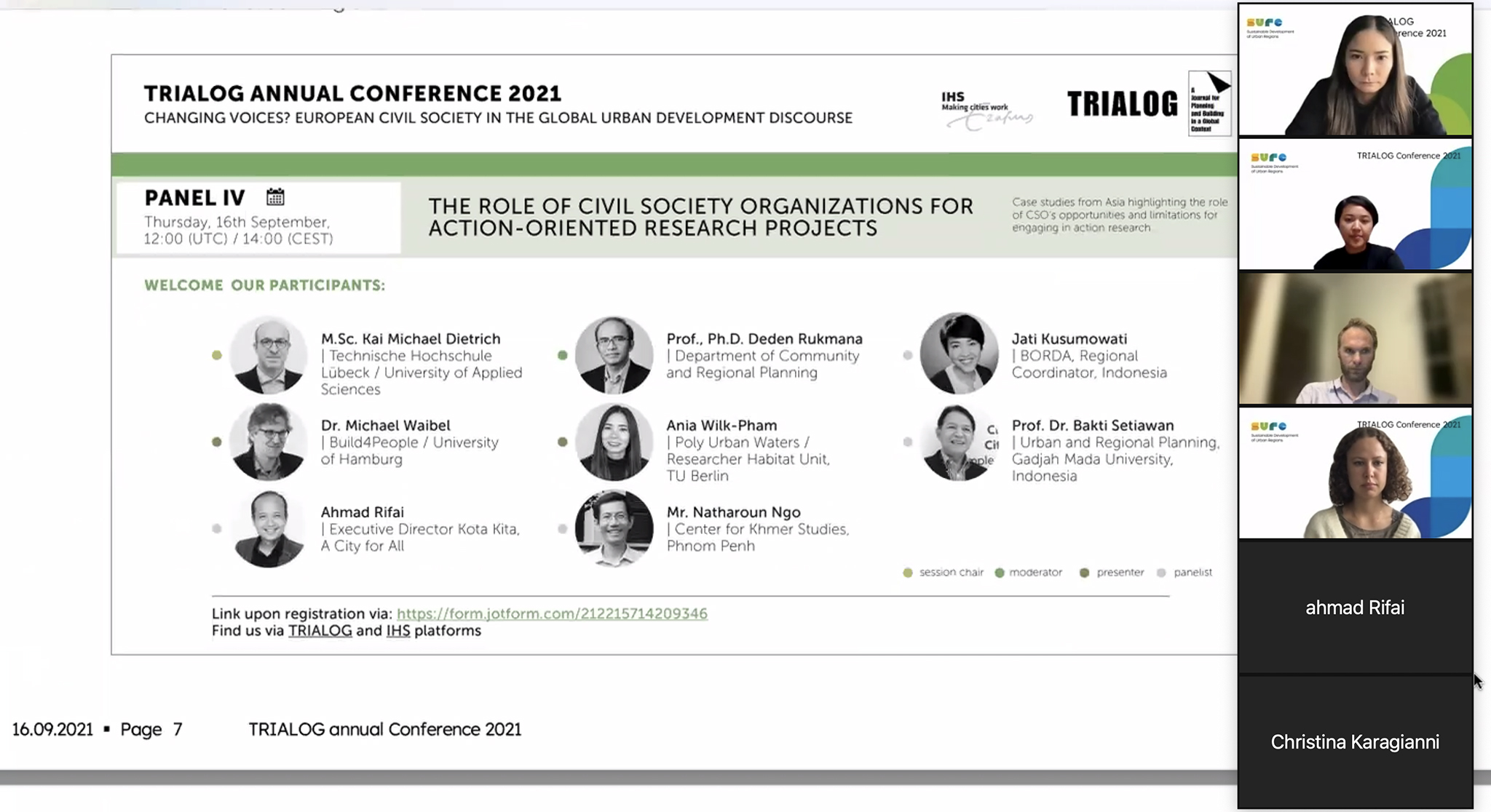 On 16 September 2021, Build4People joined a session at the TRIALOG Annual Conference 2021. The session was organized by Kai Michael Dietrich, Technical School of Applied Sciences Lübeck, member of the so-called accompanying project of the SURE (Sustainable Development of Urban Regions) programme, funded by the German Federal Ministry of Education and Research (BMBF). The session’s topic was about the role of civil society organisations in regard of the promotion of sustainable urban development.

At first, Kai Michael Dietrich provided a general overview of the long-term SURE programme which has a funding horizon till the year 2027.

Then, the Build4People representative Michael Waibel introduced about the approach of this multi- and transdisciplinary project and paid specific regard to the role of civil society organisations.

This was followed by a presentation of Ania Wilk-Pham, TU Berlin, who introduced about the PolyUrbanWater project which is doing action research in Indonesia, Cambodia and Laos.

Afterwards, an extensive panel discussion took place, moderated by Prof. Dr. Deden Rukmana from Alabama A&M University, with participation of several civil society organisation representatives from Indonesia and from Cambodia. One panelist was also Natharoun Ngo, General Director of the Centre for Khmer Studies (CKS). CKS is one of the dissemination partners of the Build4People project.

In the course of the panel discussion Natharoun Ngo said among other things, that critical to success of civil society organisations are their specific outreach and engagement capacities. Natharoun further highlighted that civil society organisations should avoid taking short-cuts in cooperating with donors and should generally act in a very professional way, for example, in regard of gathering quantitative data or doing qualitative interviews. Finally, Natharoun requested civil society organisations to avoid an opportunistic approach, which means not solely to focus on activities where most funding can be acquired. Instead he advocated to better focus on the most pressing urban issues.